Once Upon a Djinn 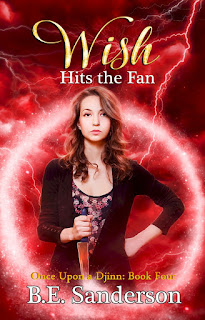 You’d think being a genie would be easy-peasy.  But when you’re Jo Mayweather, ain’t nothing so simple.  Sure, she defeated the Efreet at the big warehouse blowup, but those bastards left a surprise for her amongst the cages.  Now she’s got to figure out why the hell the Efreet would be messing with creating a deadly species, who they’re afraid of, and why the gods themselves are running.  With the deities on a break, it’s up to Jo to gather the genies and save the world.  But who’s going to save her?

Add it to your Goodreads 'To Read' pile. 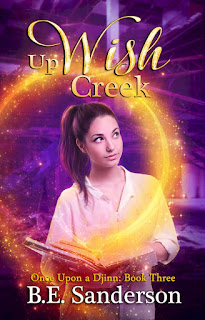 For Jo Mayweather, genie life is far from perfect, but it was finally beginning to settle down after the incident where she accidentally glassed over part of the Florida Panhandle.  Her enemies have been quiet.  The Djinn Council has left her alone.  Her traitorous ex-lover has disappeared.  Finally, she has time to figure out who’s behind the conspiracy to ruin her life.  But setting her feet on that trail means discovering things from her past she’d rather not know, facing her parents in their newest incarnations, and getting a mission from the gods that she’s not sure she can complete.  All in a day’s work, right?  Sometimes Jo wishes she had a different occupation.  Too bad wishes don’t work that way. 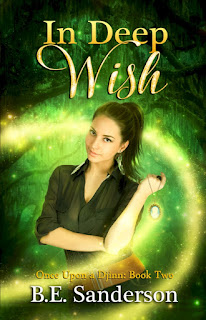 The conspiracy to devastate Jo Mayweather’s life is growing like blue fuzz on last month’s leftovers. Her ex-lover, Zeke, is missing. Her friends are under attack. Her livelihood is in jeopardy. But whoever’s behind the turmoil doesn’t realize they’re messing with the wrong genie. Jo will do whatever it takes to blow their plans apart, recruiting the help of old friends and new allies. She’ll even enlist the aid of some crazy gods if she has to. Anything to stop these bastards from their ultimate goals—her death and the enslavement all of djinn-kind. 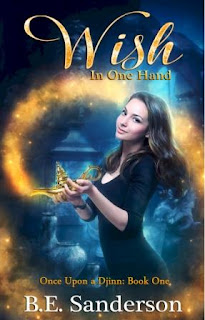 ‘Be careful what you wish for.’
In hindsight, Jo Mayweather should’ve taken those words seriously back in 1926.  Of course, spoiled brat, flapper-girl that she was, Jo probably would’ve made the not-so-clever wish that turned her into a genie anyway.
Being endowed with phenomenal power may have its perks but, for the most part, life’s been a pain in her tiny hiney.  After running into a ‘slash first, ask questions never’ genie, her problems only worsen. Some demented thing is making wishes that can’t be granted and djinn are dying. Now, instead of freeing her brethren from their bonds, Jo has a killer to neutralize.
If she’d kept her mouth shut ninety years ago, she wouldn’t be in this mess.  But she’s got a job to do despite some reject from a bad B-movie trying to ruin everything she’s worked so hard for. Too bad this time doing her job might get her killed.
Or worse—enslaved again.

Now available worldwide at a variety of booksellers!
Also, add it to your list at Goodreads.