And Now, the Blurb

Coming soon to an Amazon near you, I give you the blurb for Blink of an I...

Raised by the Union to believe she’s worthless, declared incompetent by a system she doesn’t understand, Mary Jones wants nothing more than to run away and hide. When an underground society known as The Order chooses Mary for a mission to escape the city, she’ll discover she’s more than she was ever allowed to believe.
Accompanied by a man she’s not sure she can trust, Mary travels through lands ravaged by a long-forgotten war, discovering a past the Union wants everyone to forget and an idea worth risking everything for. She never promised the Order she’d come home, but after experiencing a world without Union control, she’ll return to see them stopped, even if it means risking her life and her liberty in the process.

And if you missed the cover, here it is again... 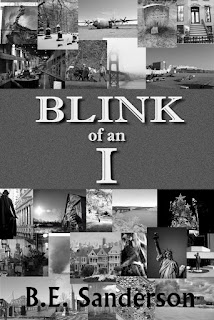 Links and junk to come later.   And even with the angst, I'm still on track for a release date on or before February 21st.  I can't wait.

Update: I created a Goodreads page for it today.  Go here to add it to your Want to Read list.
Posted by B.E. Sanderson at 1:00 AM